I recently received some grim news regarding a close acquaintance with advanced breast cancer. After achieving about one year of remission, her doctors have informed her that her cancer has metastasized to her lungs. Apparently her current prognosis is extremely poor and oncologists have indicated that her disease is expected to progress to the terminal stage. I have to acknowledge that I have a certain degree of difficulty coping with circumstances such as this. Psychologically I accumulate unnecessary anxiety as I compare myself to other cancer patients. When I hear of bad outcomes, I keep asking myself if I’ll be next.

One of the psychological aspects of having ovarian cancer is fear of recurrence. Although I’ve been in remission for about two years now, I remain alarmed that when my cancer was diagnosed it was fairly advanced. The statistics reveal that recurrence rates are notoriously high for my type and stage of cancer. Throughout my personal cancer journey I’ve noticed that this fear of recurrence is heightened by another phenomenon, the tendency to compare my cancer to other people’s experience with the disease. For example, I’ll sometimes remind myself that if my disease follows the path that it does with most women I’ll encounter at least one recurrence within five years of my initial diagnosis.

There are few analogies that can accurately convey such feelings of dread to those who haven’t experienced them. Some cancer survivors have compared living with the disease to crossing a battlefield and watching your comrades die gruesomely while you dodge the bullets. Personally there have been moments when I’ve felt a sense of doom, it’s as if I’m a death row inmate, but with no certainty of when my execution will actually occur.

I have some extremely important advice to give to myself and to anyone else being treated for cancer.

1. Resist the temptation to compare the disease in your body to what is happening to other people fighting cancer, even if your condition seems highly similar.

2. Don’t dwell on statistics or the possibility of recurrence.

For instance, most women with ovarian cancer do have at least one relapse within five years of being diagnosed, but that standard rate of recurrence won’t necessary happen to me. The reality is that medical science has proven that all cancer patients are unique. What’s more, because cancer statistics are based on large groups of people, they cannot be used to predict exactly what will happen to you. Everyone is different. Treatments and how people respond to treatment can differ greatly. A well-known American cancer survivor, Joanna Montgomery, chronicles her experiences of treatment, motherhood and marriage in a personal blog called It’s Cancer, Baby. As Montgomery heavily underscored in one of her online articles, we are all individuals.

“The truth is that every single person’s cancer is different —even those diagnosed as the same type and stage —because that cancer exists in a unique human body unlike no other, with a unique life history and genealogy. I’ve met people with cancer of a lesser stage than mine who didn’t make it, while I’ve just as frequently met survivors who dealt with higher stages of cancer decades in the past and are still going strong. There’s no algorithm that will determine which of us will make it and which of us won’t. There are endless factors at play, and cancer is unpredictable and constantly morphing.”

The stress and anxiety generated from trying to predict what will happen to you or from scrutinizing other cancer patients might actually be detrimental to your health and the healing process. Medical science acknowledges a connection between our thoughts and emotions and certain physical aspects of healing, such as our immune system. The power of the mind-body connection has been widely accepted by mainstream medicine since the 1960s or 1970s. During those decades, a great deal of research in the field of biofeedback and self-regulation showed that human beings could learn to control many physiological functions. Even those ones that had previously been thought involuntary, such as heart rate and blood pressure, were found to be at least partially under our control. A number of pioneering studies drew on relaxation, meditation and yoga. 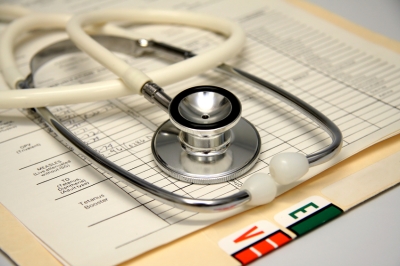 The power we possess over own bodies and our personal health and the case for each of us being a unique biological organism was also established in a groundbreaking book entitled Mind as Healer, Mind as Slayer. In 1977, this book by Dr. Kenneth Pelletier helped to inspire widespread interest in mind-body interactions. Pelletier presents a variety of compelling evidence that the mind is a major participant in illness and that the mind can be a major factor in health as well. The majority of his case studies focused on serious chronic diseases, including heart disease and cancer.

So my recommendation if you are fighting cancer is to maintain faith in your body’s ability to heal itself. Even more importantly remember that your cancer journey is unlike anyone else’s and that your outcome may be radically different from those in similar medical circumstances. You are special, your body and spirit are both unique, so don’t assume you can predict the course your cancer will take simply by observing the disease in others.