I suppose I’m incredibly lucky, having never been admitted to a hospital as an overnight patient until a few years ago. Inevitably like many cancer survivors I’ve undergone an unhappy transformation, I’ve been transformed from a hospital newbie into an experienced pro. Now that I’ve completed active treatment for ovarian and uterine cancer, I can boast approximately 70 days of my life spent looking at the world from a hospital bed. It’s no wonder that I was almost brought to tears recently while reading an article by André Picard, the Globe and Mail’s public health reporter. Picard nailed it perfectly with his recent opinion piece Taking patient-centred health care from rhetoric to reality. Here is an excerpt:

“So, what do patients dislike about being in the health system – aside from being sick, of course? A number of things: the helplessness; the feeling of anonymity; the discontinuity of care; the rote and the repetition; being talked about and talked to, rather than talked with; the waiting; and the loneliness.”

This epitomizes my experience as a cancer patient in so many ways and it also hints at what I believe are the limitations of most Canadian hospitals.

What Hospitals Are Not

During my cancer surgeries I often felt an urgent need to leave the hospital and go home, I never felt relaxed or like I could take my time to heal. These days, it may be easier to define hospitals by what they are not. They are not places for the sick to get well, not unless healing takes place in the brief interval of time that makes the stay a compensated expense. My hospital treatment was primarily covered by Alberta’s universal health insurance, but I needed my personal Blue Cross insurance plan as well. Through it all I was aware that hospital beds in Alberta cost around $1000 per day and that those beds are in limited supply.

I watched as some short-term stay patients were relegated to the hallway due to the unavailability of rooms. It was a reminder of how drastically the situation for patients and their families has changed in the past couple of decades. Once hospitals were where you stayed when you were too sick to survive at home; now you go home anyway, cobbling together your own nursing services from friends, relatives and drop-in professionals. 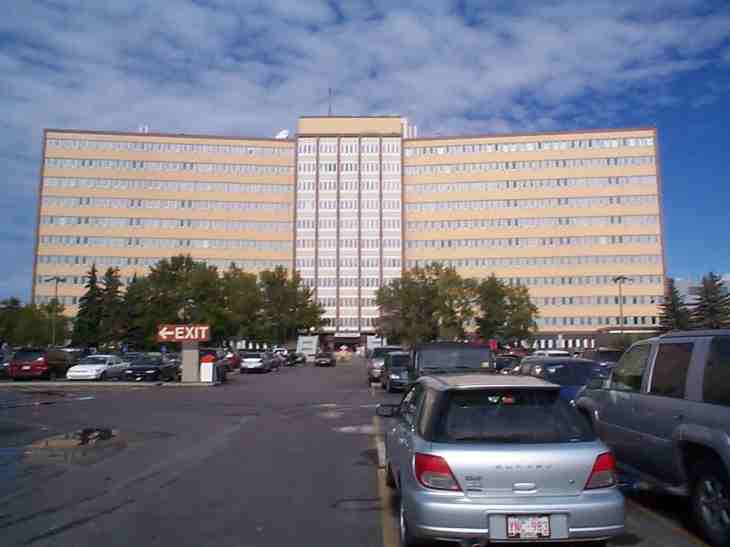 The Foothills Hospital in Calgary is one of Canada’s largest medical facilities.

Turn Down the Noise

My personal experience gives an even more graphic example. At one point I had the misfortune of being hospitalized during some construction on the gynecologic oncology unit. Many staff members were apologetic and upset by the constant racket that we all had to endure. There were times when it sounded like a jackhammer and the noise levels had to be over 100 decibels. I believe that these circumstances were detrimental to my health and curtailed my ability to rest or heal properly. Actually, several studies have confirmed that excessive noise or disturbed sleep affects the immune system and delays recovery from major surgery.

Hello My Name Is

The medical professionals that I’ve encountered have all been competent, but what is often lacking is a sense that I’m a unique human being and not just a numbered chart or an illness to be discussed. British doctor Kate Granger recently passed away from cancer, but before she died she drew global attention to the impersonal care that patients in hospitals often receive. When Granger entered the hospital, her greatest anguish came from the fact that she was not treated as a person, but as an object on which tasks were performed. “I just couldn’t believe the impersonal nature of care, and how people seemed to be hiding behind their anonymity,” she recalled. Dr. Granger noted that, when people introduced themselves, it was comforting and made her feel safer and more like a person than an illness.

While facing her own terminal cancer, Granger launched a spontaneous “Hello my name is” campaign urging health professionals to introduce themselves to patients. More than 400,000 staffers with the National Health Service in England have embraced the philosophy, and there are offshoots in Australia, France, Germany, Italy, the United States and Canada. Meanwhile the campaign is still gaining momentum on social media, the hashtag #hellomynameis has been used more than one billion times.