One of the most disturbing issues for me as an ovarian cancer survivor is the lack of awareness and misinformation that persists. Only with a thorough and proper understanding can women protect themselves from this devastating, and often fatal illness. I admit that before my personal diagnosis a few years ago my own knowledge concerning ovarian cancer was quite limited. In this post I’ll examine several of the most commonly held falsehoods or misunderstandings about ovarian cancer, but first some basic details.

Ovaries are two small almond-shaped organs located on each side of the uterus that store eggs or germ cells. Ovarian cancer is a disease in which malignant (cancerous) cells are found in one or both ovaries. Thousands of women are living with ovarian cancer in Canada. It’s estimated that this year 2,800 Canadian women will be newly diagnosed with this disease. Ovarian cancer is the fifth most common cancer for women and is the most serious women’s cancer. 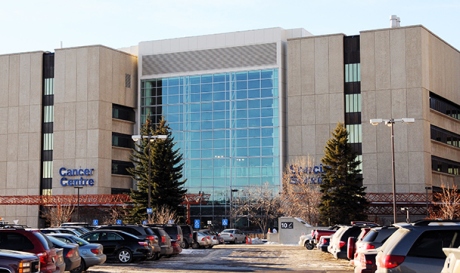 Myth 1: Many people believe that there is a screening test for ovarian cancer or the related myth that a Pap test detects ovarian cancer.

Fact: According to research more than half of women think a Pap test will detect ovarian cancer. Actually the cervical smear is designed to detect precancerous changes to the cervix, and it does not detect ovarian cancer. You may be familiar with the CA-125 test, it’s used on women who have ovarian cancer or who are at high risk of developing the disease. Unfortunately according to the majority of experts, the CA-125 test is proven to be ineffective in diagnosing ovarian cancer. This blood test is used mainly as a guideline for oncologists during treatment of ovarian cancer because CA-125 (a sugar-associated protein found in the blood) often goes down if the treatment is working. However, the test is not reliable for diagnosing ovarian cancer. Researchers continue to look for a dependable screening test, but currently there is none.

Myth 2: There is often a false assumption that women who have had multiple sexual partners are at a greater risk of developing ovarian cancer or that the HPV vaccine can help prevent it.

Fact: Some women mistakenly believe that the number of sexual partners they may have had, or the age at which they became sexually active, has some bearing on their chances of developing ovarian cancer. This is incorrect. The spread of the HPV virus, which can lead to cervical cancer, is associated with sexual activity, but is not connected in any way to ovarian cancer. The HPV vaccine will help to reduce the risk of cervical cancer, but not ovarian cancer. 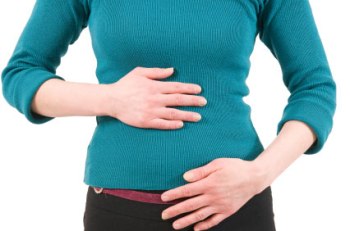 Myth 3: Many women become convinced that an ovarian cancer diagnosis is always fatal and they won’t survive.

Myth 4: It’s common to believe that if you don’t have a family history of ovarian cancer you are not at risk of getting the disease.

Fact: Only about 10 to 15 per cent of women diagnosed with ovarian cancer have a family history of this disease. Complex variables and numerous risk factors beyond genetics are usually involved and the exact reason a woman develops ovarian cancer often remains unknown.

Myth 5: Many people think that there are no early symptoms or warning signs of ovarian cancer.

Fact: It’s a widely held belief that ovarian cancer is a “silent killer” with symptoms only presenting in the later stages of the disease, even some doctors consider this to be a medical fact. However, there is now clear evidence that most women who are diagnosed with early stage disease do experience symptoms. The problem is that women often delay seeking advice about their symptoms, and their GPs often don’t immediately think ovarian cancer may be a possibility. A lot of women experience considerable delays in receiving their diagnosis and ovarian cancer is usually detected at stage 3 or 4.