Life is challenging enough for anyone facing cancer, but studies have revealed that cancer patients who are unmarried sometimes have unique disadvantages. As a single woman I have to agree that my battle with ovarian cancer has been influenced by the fact that I don’t have a life partner. Fortunately, I have family members who have served as caregivers during my chemotherapy treatments and following surgery, but I admit that I envy the majority of women who are married or in a long-term relationship. If they must undergo a cancer journey they can rely on the day-to-day physical, emotional and financial support of their spouse. There were instances in the hospital when I felt a little forsaken as I watched other women receive visits from their husbands and children. I also remember cringing a bit whenever a staff member would assume I was married, often referring to me as Mrs. Chartier rather than using the appropriate Miss. or Ms. before my name.

A 2013 study, in the Journal of Clinical Oncology, confirmed that cancer patients with a supportive spouse tend to fare considerably better than those who are on their own. The protective effect of marriage, as shown in this study, is almost shocking. Researchers from major U.S. cancer centres analyzed the records of 734,889 patients diagnosed with one of the 10 most common and fatal forms of cancer, from 2004-08. (These included lung, colorectal, breast and non-Hodgkin lymphoma.) After controlling for variables like age, sex, race, household income and education, they found that single people were 17 per cent more likely to be diagnosed with metastatic cancer, which had spread to other parts of the body, and were 53 per cent less likely to get the best treatment. Paul Nguyen, the study’s senior author, also revealed that patients who were married tended to live 20 per cent longer than those who were single, divorced, or widowed. The team concluded that the benefits of a happy marriage are comparable to—or better than—chemotherapy. 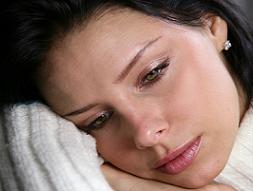 One interpretation of the findings is that if you’re married you’ve got a live-in advocate to pressure you to get to appointments — both screenings for earlier diagnosis and to cancer-fighting therapies after the disease has been diagnosed. It’s suspected that social support from spouses is also what’s driving the striking improvement in survival. Spouses often accompany patients on their visits and make sure they understand the recommendations and complete all their treatments, but there’s more to cancer survival than office visits. There are many additional factors that are influenced by the kinds of social support one has. It’s possible that the social support marriage provides helps stave off depression and stress, both of which have well documented negative effects on health and the immune system. Ultimately, the study results don’t imply that marriage is the only way to reap the rewards of social connections — presumably any tight-knit social network can provide the same kinds of mental and physical health benefits.

While my personal cancer journey continues to be shaped by the fact that I’m single, there are many other variables that influence me physically and psychologically. Most importantly, lacking the support of a spouse doesn’t necessary mean that my prognosis for survival is worse. My advice to other single cancer patients is to tap into your support network — this network likely includes parents, siblings and friends. Support for cancer survivors also consists of non-profit organizations, volunteers and the community at large. For example, if simply getting to treatment is a difficult task for you the Canadian Cancer Society offers help. Their Volunteer Driver Program strives to provide access to safe and reliable transportation for people who are receiving active treatment at approved cancer treatment facilities. This is an invaluable service, especially if you’re also dealing with physical or financial challenges or if the treatment centre is far from home.